No Big Deal: The Keyhole 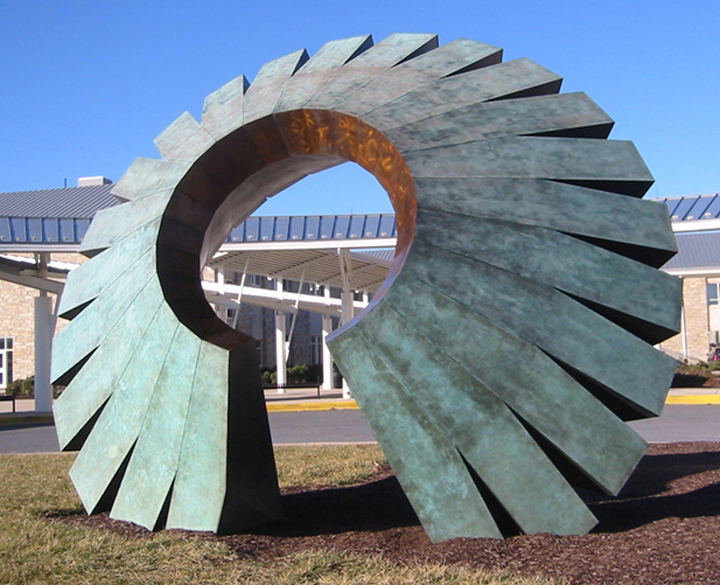 When I was in high school, we had to do a senior presentation project involving a comparison of three books we had read. I have always had a hard time comprehending written material. I’d had all kinds of testing done for some type of learning disability that was never fully diagnosed. I didn’t understand the books I had to read, and in addition to that, the idea of standing up in front of a crowd scared the shit out of me.

The presentations ended up being on a Thursday, which was also trash pick-up day. The trash trucks arrived and started their work just as my turn came to speak. They were loud and grumbling with banging and grinding gears. I shook and stuttered all through the talk but the noise from outside was so loud that it drowned me out. I was saved by trash day.

I continued to to muddle my way through school. Luckily, I discovered that with things visual, I could be in total control, and I came to be a master with materials.

Many years later, I had to do a presentation for a potential sculptural commission. I was invited, along with four other artists, to create a proposal for a permanent outdoor sculpture at the Milton Hershey School. As part of a renovation project, they wanted to put art in their entranceway to enliven the atmosphere and be a primary focal point.

The selected artists were all invited to a meeting, which was in a large and very impressive conference room. We sat around a huge table and, through conference call, introduced ourselves to some of the planning board. It was like nothing I’d ever been involved in, and I found it all quite intimidating.

We were asked to work up a proposal with the timeline being about six months. The budget was $140,000. I had the idea to enlarge one of my existing sculptures called Keyhole. I thought its shape would complement the curves in the nearby architecture on the campus.

I think there was a stipend of $1000 for the initial presentation to board members. I spent months preparing for it. I had a scale model of the proposed piece, which would be twelve feet high. A friend did a digital color rendering of the piece installed on campus. I had determined the fabricator, worked out pricing, and collected samples of all of the materials. I worked to make sure all of my bases were covered.

I practiced the presentation endlessly, doing it over and over in my studio. I videoed myself and had friends over to watch me rehearse. Even though I did all that, I still couldn’t stand the idea of getting up in front of people. The fear and nervousness about public speaking had remained with me. My anxiety was so intense that I couldn’t sleep. I would notice sometimes that I wasn’t even breathing. I decided to ask my doctor if there is a drug that could help me through the presentation. He said he had the perfect thing for me and wrote me a prescription.

As the days approach the presentation, the medication took the edge off, but I could tell that it wouldn’t solve the whole issue. While I was still nervous, it allowed me to concentrate and function. Even with the drugs, during the actual presentation I was so shaky that I couldn’t steady the little red dot from the laser pointer I was using. But, in the end, it went well and ultimately, I was awarded the commission.

Within three months of my first payment, the piece was fabricated at the foundry. It was exciting to watch this piece come to life with their staff doing the work. I went there almost weekly. The engineering bill ended up being triple what they had estimated. Luckily, with the help of my wife I had written up a contract that said if the cost ran over I was not going to incur the expense. I knew to make sure that I didn’t end up with a project that I had to pay for out of my pocket. It could happen.

When Keyhole was finally installed, they held a small, private party at the museum director’s house. There I was with the gallery director, her husband, the dean, and another administrator. Oddly enough, with all of my anxiety about being in front of people, the biggest disappointment with the project was this understated event. There were just five or of us; no crowd of people, no public presentation, no big deal.